Skip to content Skip to main navigation Skip to footer

Extend cables easily with our extension cables for SMA plugs to SMA jacks. 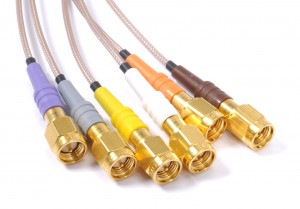 The maximum length of a extension cable
is not simple to determine, because a lot of factors are decisive.
The input variable and the maximum frequency to be transmitted have to be considered. How well a signal is transmitted, is specified via the attenuation. As orientation guide, we indicated the attenuation of the coaxial cable at a signal of 1GHz.
Simply put: The lower this value, the higher the output of the line.
More information on attenuation here:

How to distinguish SMA and RP-SMA:

Images on this topic: Image gallery